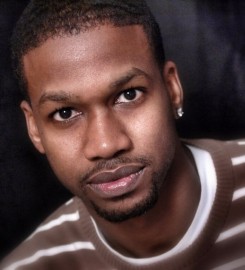 Jonathan Gabriel Charles, born and raised in Haiti for the first ten years of his life, immigrated to New York with his parents at the age of 10, Queens to be exact. As a graduate from the New York Film Academy, and studies from the historic HB Studio, Jonathan booked his first acting role in 2007, in a NIKE commercial with Amar'e Stoudemire. With his love of sports already in place, growing up playing soccer and basketball, the commercial was meant to be and the stepping stone for plenty more roles to come; advertisements for Footlocker and Converse to name a few. Acting as his own agent, Jonathan networked his way into major studios and landed a role in one of the biggest movies, "I Am Legend", starring one of his idols. His lists of accomplishments is nowhere near its end; film, commercials, print, music videos; Jonathan Charles is open to it all.