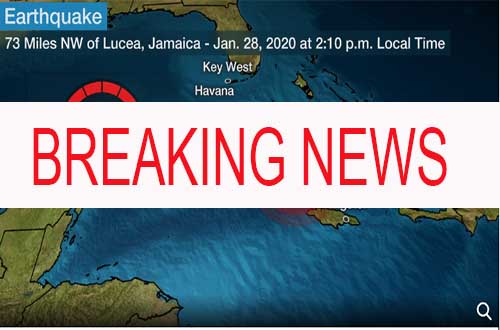 A powerful magnitude 7.7 earthquake struck south of Cuba and northwest of Jamaica on Tuesday.

There were no immediate reports of damage or injuries.

The quake could be felt strongly in Santiago, the largest far-eastern Cuban city, said Belkis Guerrero, who works in a Catholic cultural center in the center of Santiago

“We were all sitting and we felt the chairs move,” she said. “We heard the noise of everything moving around.”

She said there was no apparent damage in the heart of the colonial city.

“It felt very strong but it doesn’t look like anything happened,” she told The Associated Press.

The USGS initially reported the magnitude at 7.3.