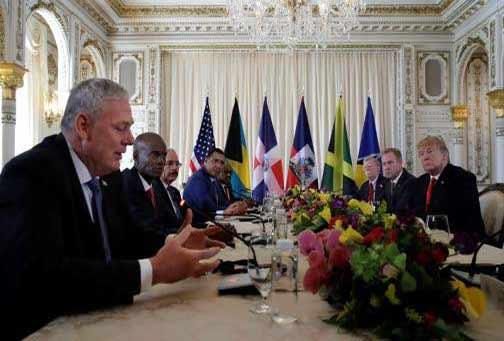 Caricom recommends Government and Opposition to engage in dialogue in Haiti

Caribbean Community (CARICOM) President Saint Lucia Prime Minister Allen Michael Chastanet urges the Government and the Opposition to engage in dialogue with a view to finding a solution to the crisis.

Concerned by the consequences of the turmoil that has persisted for eight weeks, the President of Caricom reiterates his offer of good offices to facilitate the political dialogue between the parties. The protracted political crisis, which has upset the political and economic stability of the country and prolonged the disruption of the daily activities of the population, can only be resolved peacefully through constructive dialogue. CARICOM, therefore, appeals to all parties concerned to engage in a constructive debate, in good faith, to restore order and normality in Haiti.

"The Community calls on all parties to recognize the damage caused and to refrain from any action that may hinder the peaceful settlement of disputes and the return to peace and calm in Haiti. "

Moreover, the president of Caricom assures that his organization "is saddened and worried by the aggravation of the crisis in Haiti, which paralyzed the normal functioning of all sectors of the country and created a situation of misery for the populations. The Community deplores the destruction of property and livelihoods, the deterioration of the humanitarian situation and the growing number of deaths resulting from the collapse of public order, which has intensified over the past seven weeks. Although CARICOM fully supports the enjoyment of the right to freedom of assembly, we urge that this be done lawfully.