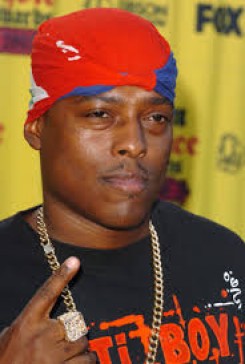 Wondgy "Won-G" Bruny (born August 29, 1978) is an American rapper, entrepreneur, and philanthropist. Won-G is the founder of Real Sovage, an entertainment, apparel and branding company.

Won-G was born in Port-Au-Prince,Haiti.  He is the second oldest of 11 children (six boys and five girls). When he was 15, he released his first album “Shadow of the Rains.” Creating his own direct sales teams and wrapped street vehicles, Won-G sold 2 million albums through his own distribution. Since then, he has achieved underground acclaim and is often credited as a pioneer of independent music.

Won-G has released several records, including: Shadow of the Rains (1994), Do It, Do It (1995), Royal Impression (2000), No Better Than This (2001), Explosion (2002), Rage of the Age (2004), and Haiti Prince (2008).  He was the first independent artist sold in Virgin Megastores, Sam Goody, and Warehouse Music. Won-G has had several songs and albums on the Billboard charts without the support of major record labels. His song “Nothing Wrong” reached No. 2 on Billboard’s Hot Rap Singles and remained on the chart for 12 weeks. “Put It Inside” featuring Da Brat reached No. 15 and stayed for 16 weeks. He has worked with a wide variety of musical talent, including rappers Bone Thugs-N-Harmony, Da Brat, and the Outlawz; and producers Ric Wake, DJ Quik, Johnny “J”, and L.T. Hutton. [3][4] Several notable celebrities have made appearances as Won-G’s leading lady in his music videos, including Paris Hilton, Carmen Electra and Tracy Bingham. On television, Won-G has made appearances on VH1 and Bravo’s The Real Housewives of Orange County.

Won-G created the One Dome at a Time Foundation, which was established to build safe homes in Haiti and other developing nations affected by natural disasters. Won-G also launched a stay-in-school tour, speaking at more than 300 high schools across the United States.