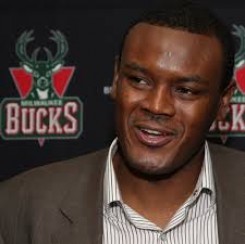 Samuel Davis Dalembert (born May 10, 1981) is a Haitian-Canadian professional basketball player who currently plays for the Dallas Mavericks of the NBA. He played college basketball at Seton Hall University. He is known for his excellent shot blocking ability; he has averaged about two blocks per game over his NBA career, placing him among the league's elite in this category.

Dalembert was selected with the 26th overall pick by the Philadelphia 76ers in the 2001 NBA draft. After playing 8 seasons with the 76ers, he was traded to the Sacramento Kings for Andres Nocioni and Spencer Hawes on June 17, 2010.

On December 26, 2011, he signed a multi-year deal with the Houston Rockets.

On July 19, 2013, Dalembert signed with the Dallas Mavericks.

After much anticipation, Dalembert became a Canadian citizen on August 7, 2007 and joined the Canadian national team in hopes of qualifying for the Olympics. He was a part of Canada's pre-tournament training camp, taking part in games in both Toronto and Hamilton during the 2008 Jack Donohue International Classic, with wins over both Lebanon and New Zealand. However, Dalembert was later dismissed from the team during the World Olympic Qualifying Tournament due to a rift between him and coach Leo Rautins.