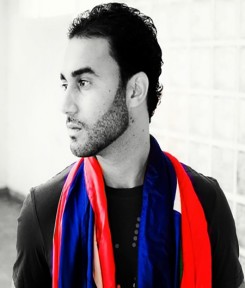 Rapper O-Gun was born in Miami. When he was a baby, his parents decided to move back to Haiti, and he grew up in Petionville. Egged on by his musically-inclined cousin Christopher “Freedom” Laroche, and his friend Lord Duice, O-Gun got drawn to hip-hop early. He can still vividly recall his first ever performance at Perfection, a hot spot for youths in Petionville.

After releasing a series of songs on his own, the former music engineering student joined a rap group called Team Lobey.

O-gun tries to be a bit more versatile than most rapper-singers. There’s O-gun the socially-conscious rapper and flag waver as seen in the song “We Will Rise”. The lyrics of the song explicitly convey the rapper’s preoccupation with the state of affairs in Haiti. There’s O-gun the one-woman man, as shown in his spot in the Team Lobey song “Striptease”. Produced by Michel “TMD” Dulyx, and featuring KV3D—with lyrics by O-gun himself—the song has a slick-and-sexy delivery: “Sèl sa mwen anvi di-w, se lage li sou mwen/Di mwen kòman ou fè fre konsa…” he sings [Girl, all I wanna say is lay it on me/Tell, me how come you lookin’ fine like that]. The song’s hook is hopelessly contagious. Here’s a dare: try to see if you can listen to it only once. You will want it on repeat!

OguNatioN, as his fans are collectively known, are waiting to see what he has concealed up his sleeves besides toned biceps. 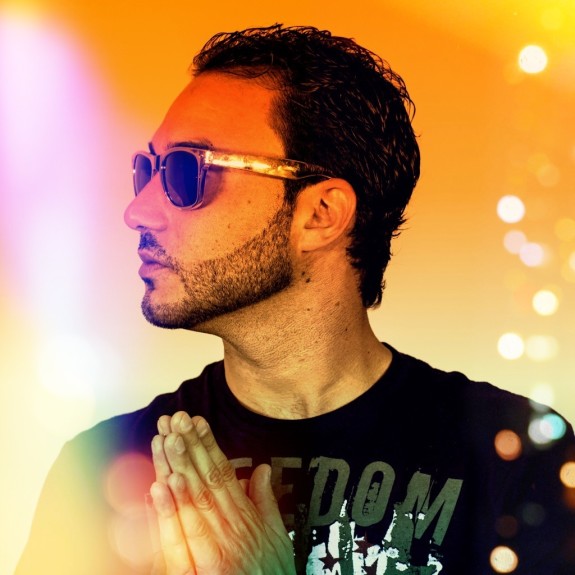 Is it easy for you to find inspiration for your songs?
Yes, most of the time because I speak of what I see and live. I try not to make music that I cannot relate to.

You are part of a group called Team Lobey, in addition to your solo career. Tell us about it.
Yes. I have been part of Team Lobey. It’s now been two years and I still have my solo career. Our group is an open format group like YMCMB [Young Money Entertainment and Cash Money Billionaire Records]. When all artists need to be together on a song we all will[be], but if not, we have the liberty to do our solo projects without having issues with the band.

Do you think that it’s important for hip-hop artists to show a sort of reverence to women in their lyrics?
Yes, I do think that artists should respect women because without them we would not be here. So I think they should be grateful about that and embrace the women around us instead of trying to put them down and call them all sorts of names.

What makes you swell with pride?
Definitely when I’m representing my country and hearing fans sing my music word for word.

Do you make your own beats?
Yes, I do and I also work with a lot of different producers such as T-Ansyto also knows as Maestro, Preimerz, Christian Surena and the Team Lobey crew.

When you sit down to write a song…what’s your approach?
Basically, if I start a song from scratch then I know exactly what I’m going to write about maybe something I’m going through or something I have witnessed or whatever I’m feeling at the moment, but sometimes I get beats from different producers and those with the vibes and the mood of the beat I can determine what I’m going to sing about.

Do you feel a sort of responsibility to society to have a socially-conscious component to your music?
Yes. I think I do because of all I see in the struggle of Haiti. If I’m able to put what I see in a song, I think more people will be able to relate to it and try to make a change for the better. Music is the universal language of the world.

How did you get the name O-gun?
Well O-gun is my actual name. All I did was put a hyphen between Ogun and it’s O-Gun. That’s all. [Laughter]

Have you heard about studies that have been done on how as humans we respond to our names. Like, how we can internalize the meaning of our names at times. With a name like O-Gun, were you like a troublemaker when you were in school?
Well, I have never followed these studies, but yes I was pretty bad in my school days. Always got in trouble. Haha. But [I was] always a good student.

Were your parents ever opposed to your having a career in music?
Yes, at first my family was against me taking it as a career, but they never stopped me and always encouraged me to keep singing but never thought I would have taken it seriously.

Do you strive to be a role model to your fans?
Yes, I definitely do.

Do you think that’s an important aspect of stardom?
Yes, because the more people look up to you the bigger star you become.

What’s next for you?
Next in line for me is my album release which I’m planning to release by the end of the year God willing.