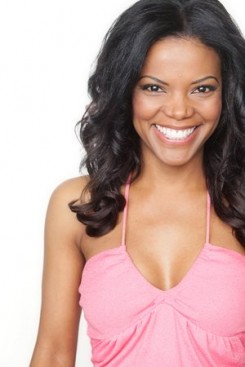 August (also credited as Nadege Auguste) was born in Brooklyn, New York, but was raised in Haiti from the ages of four to fourteen.[1] In 2001, she made her feature film debut in role of Ursula, the French-speaking girlfriend of Clifton Powell, in The Brothers. Since then she has appeared in The Princess Diaries 2: Royal Engagement and the female lead in the award-winning independent film Runt. She also starred in and produced the short film Solus, which was screened at several film festivals. On television, her guest appearances include ER, The Unit, and Accidentally on Purpose.

A lifetime member of the famed Actors Studio, August is also an accomplished stage actress.[1] In 2008, she received an NAACP Theatre Award nomination for her role of Abbie Putnam in a production of Eugene O'Neill's Desire Under the Elms.