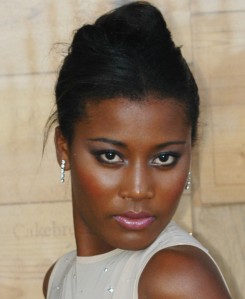 Misty Jean (born c. 1980 in Haiti) is a former Miss West Indies and singer. She sings in her native Haitian Creole / French language and also in English.

Misty Jean started performing at age of three with the dance institute of Lynn W. Rouzier. She started singing at the age of seven in amateur singing contests. Since then, her passion for music became an obsession. At the College of "Anglade" where she graduated, she was named soloist of the choir and became an instant neighborhood celebrity.

In 1999, she is chosen by Haitel the leading Haitian cellular phone company to be their spokesmodel in a major promotional campaign.

During the month of February 2001, she flew to the island of Saint Maarten where she represented Haiti among twenty two other countries for the title of Miss West Indies. On February 21, she won the contest for best talent and was crowned Miss West Indies.

On May 27, 2001, she sings at the Ritz Kinam in Pétionville, Haiti, on the night entitled "Femme" of Yole Derose. She may also be found in Caribbean Escape of Raoul Denis Jr.

In February 2002, she is crowned Miss de la Francophonie in Port-au-Prince, Haiti.

In March 2003, she performed at Diva's Night at Gusto’s in Miami Lakes, Florida.

On April 13, 2003, she was crowned Queen of Carnival at the Greater Miami Mardi Gras.

On the Fourth of July 2004, she performed live at the Bayfront Park alongside Lil' Kim.

In August 2004, she embarked on a tour of the French Antilles where she performed remarkably for many audiences.

In November 2004, she was awarded Female Singer of The Year by Ticket D’Or of Ticket Magazine in Haiti. 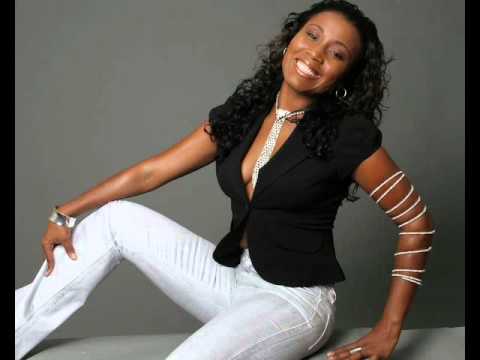 Her second album entitled Konpa A Gogo came out in May 2006. It contains the hit songs: "Konpa A Gogo" Featuring Kaysha, "Car Wash", "Paradi Lanmou", "S’abandonner" a Duet with Thierry Cham, "Hear the Tam Tam", and "Camionette".

In November 2006, she was awarded Female Singer of the Year by Ticket D’Or.

In December 2006, she released her first live album with her band composed of very young talented musicians.

In January 2007, she hosted the Haitian Independence Festival at Bayfront Park.

In September 2008, she was awarded Best Female Artist by Opamizik.

In February 2009, she performed with her band on the float of Unitransfer at the Jacmel Carnival in Haiti. During the same period, she performed at the Concert Chocolat at the prestigious Parc Historique de la Canne in Port-au-Prince.

On June 25, 2009, she made her acting debut in the movie The Price to Pay by Mora Etienne Jr. in which she played the lead role of "Zoulmie".

In December 2009, she released her second live album.

She is also currently working on her first all English album which will be released later in 2011.