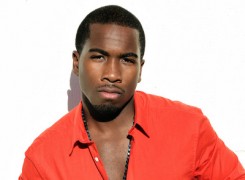 Jean Fritz Elie Jr. is an American actor who was born in Boston, Massachusetts, and grew up in Brockton, Massachusetts. He is ofHaitian descent. He has worked in numerous roles and sets such as "Everyone Counts", "A Hollywood Zone", and CSI:NY, and landing a principal role in the Project X, from the creators of The Hangover.

Jean Elie, an actor who started in Brockton, Massachusetts, has been making a name for himself since he stepped foot in Hollywood. Upon moving to Hollywood on a leap of faith, $1000 and a HUGE dream, he received his first feature in the film “Project X,” intensifying his drive to succeed. Since then, his passion and go-getter mentality has landed him roles in the films “For Billy” and “A Gentlemen Always,” among many others.

He was one of the original performers in BE: The Monologues at Sam French, in association with Play Bill and Chicago Theatre.

Print, commercial and other