Anastagia Pierre (born October 5, 1988) is an American of Haitian and Bahamian descent. She is a beauty queen, model, spokesperson, and television host, elected as Miss Bahamas Universe 2011 on May 1, 2011.[2] She competed at Miss Universe 2011 in São Paulo, Brazil on September 12, 2011. She is the Station Host at WTVJ NBC 6 in Miami, FL. 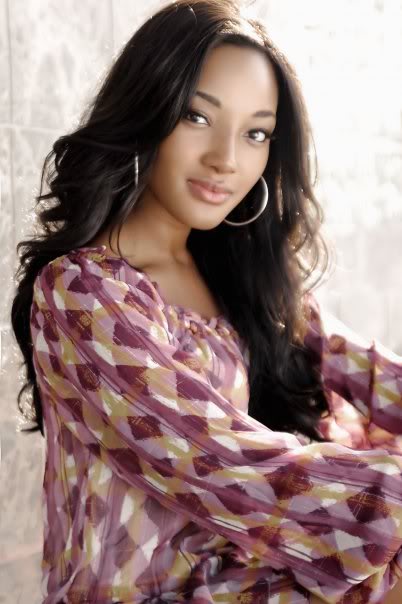 Pierre is a graduate of Nova Southeastern University, Pierre holds a Bachelor’s degree in Communication Studies and can be seen weekday mornings on NBC Miami as the Station Host. Pierre is also an on camera spokesperson for companies such as Diamonds International, Brookstone, & VPX Redline. Pierre has graced catwalks all over the globe for leading designers such as Chloe, Betsey Johnson, and Christian Audigier. In 2012, Pierre became a worldwide media sensation after meeting Britain’sPrince Harry, and was named one of the “Hottest Beach Bodies of 2012” by US Weekly Magazine. She has been featured in publications such as the Sports Illustrated Swim Suit Edition, Self -Magazine, & Vanidades.

She was the second African American woman to hold the title of Miss Florida USA and competed at Miss USA that year. In addition to that, she was 2nd runner-up at Miss Intercontinental 2010, representing The Bahamas.

As the official representative of The Bahamas to the Miss Universe 2011 pageant, broadcast live from São Paulo, Brazil on September 12, 2011, Pierre will vie to succeed the incumbent Ximena Navarrete of Mexico.

Pierre is the first former Miss Teen USA delegate to compete at all three Miss Universe Organization pageants without actually winning the Miss USA title, as she represented The Bahamas at the Miss Universe 2011 pageant.