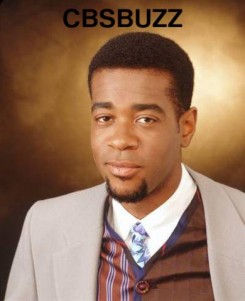 Alex Désert is widely known for his roles in TV series The Flash, Becker with Ted Danson, and Boy Meets World as well as the voice of Nick Fury for the animated series, Avengers: Earth's Mightiest Heroes. Désert can most recently be seen in Mom and Grey's Anatomy. His recent television credits also include House of Payne, House MD, Reno 911, and The Sarah Silverman Program.

Désert, whose family members are all natives of Haiti, is the first member of his family born in the United States. As a child, Désert remembers that M*A*S*H inspired him to be a doctor until his brother informed him that Hawkeye and the gang were actors. From that moment on, he was inspired to perform.

His motion picture credits include the independent hit Swingers, Playing God, High Fidelity, Bob Funk and PCU with Jeremy Piven, David Spade and Jon Favreau and the soon to be released Alexander and the Terrible, Horrible, No Good, Very Bad Day from Disney Studios.

Désert has lent his voice to various animated series and video games including; Avengers: Earth's Mightiest Heroes as Nick Fury; as Wise in the web series The LeBrons; Crystal Dynamic's Tomb Raider; and, Scarface: The World is Yours. He also portrayed the auto-tuned pimp Zimos in the 2011 THQ release, Saints Row: The Third.

In addition to his acting career, Désert is one of the lead singers in Hepcat, a ska/reggae band that has toured the United States and Europe with bands such as, The Mighty Mighty Bosstones and The Specials. Having released four albums, Hepcat's exposure has included national magazine features and an appearance on The Conan O’Brien Show. He also lends his vocal talents to the Los Angeles based reggae collective, The Lions, whose latest album is available on Stone's Throw records.