If you’re an entrepreneur, hacker, or consider yourself a techie of any sort, you should make it a point to attend the Miami Caribbean Code, a regional tech summit taking place June 24 in the Miami Design District. Think about it: you’ll have the chance to check out the stunning city of Miami and surrounding areas (say…Little Haiti, Fort Lauderdale, Miami Beach), while mingling and networking with business-minded folks.

Check out my interview with Haitian-American entrepreneur Eveline Pierre, one of the co-founders of the event!

Kreyolicious: Why Miami of all cities?
Miami’s strategic geographic position, has led to it’s title: “Gateway of the Americas”, which includes the Caribbean. In addition, Miami’s demographics has the largest amount of Caribbean nationals and 50% of all households in the State of Florida are headed by a Caribbean national. So, the Caribbean Market is here in South Florida, and the emerging region has great potential for innovation, entrepreneurship and growth.

Kreyolicious: Why do you think technology and technology use is growing so fast in regions of the Caribbean?
Today, technology is affecting every sector of the economy. As an emerging region, the Caribbean has its own unique opportunities to implement technology and innovation that can help foster diversified economic growth in the region. In addition, as other countries experience exponential advancements in technology, there is the urgency within the Caribbean to address the growing digital divide that can impact the regions competitiveness. Technology is now the paintbrush that is changing our society today. In this context, technology is more of a socio-economic tool that can empower the Caribbean community to propel it’s business sectors by becoming producers of innovation rather than just consumers. Technology is providing accessibility to the Caribbean Community to become a stakeholders in it’s economic well being, locally and regionally.

Kreyolicious: Moving forward, do you see Miami Caribbean Code Week having editions in other parts of the Caribbean?
We are planning some announcements during the conference and we definitely believe in cross- border partnerships in the Caribbean region.

CLICK HERE to purchase your ticket to the event!

Born in Miami and currently residing in Los Angeles, Maxx Alexis is the woman television stations and networks tap when they need an expert on issues facing single women. She has appeared on The Real and some of the most popular radio stations and early morning shows in the nation. The Haitian-American has even written a book entitled Man Fast, being read around the nation by women who are looking for counsel on single parenthood, dating, and self-esteem. 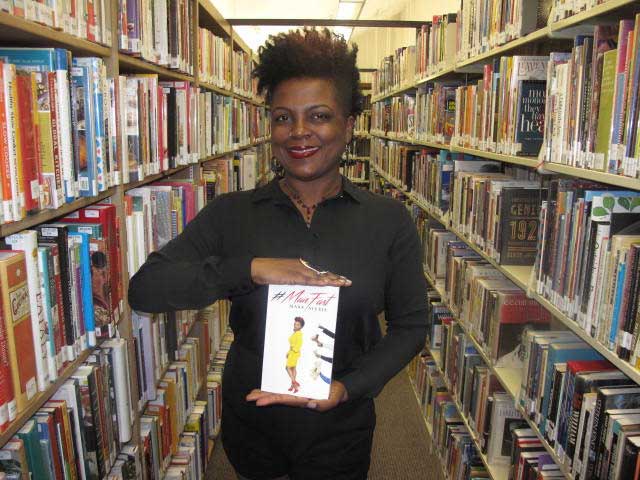 Kreyolicious: Tell us about growing up in Miami.
To start off, Miami is not South Beach. When I was younger, it was a place where retired people moved to and was known for its original city name of Miami Beach. Many of the immigrants who moved to Miami worked there to clean houses or worked at one of the hotels there and it wasn’t known to be a party town like it is today.

Aside from the warm weather, growing up in Miami was as normal as you can get. I played outside with friends almost everyday except when it rained of course. I lived in the same house and school district from elementary to high school so I witnessed how the Haitian community evolved from being ostracized based on negative stereotypical perceptions to finally being accepted once musical artist,Wyclef came on to the scene. I learned a lot about different cultures outside of my own. All of my friends were somehow connected with an island i.e. Puerto Rico, Jamaica, Trinidad, etc. so there was always a mutual understanding with each other when it can to our strict parents and the love for each others foods.

If you’re not careful you can easily get caught up in participating in illegal activity since there weren’t a lot of opportunities available. So, you are always on survival mode trying to make ends meet. It’s normal to see generations of families living under one roof whether it’s in an apartment or a house and that makes it very difficult to move out since you’re always connected to your family.

For the most part, it can get boring real quick since there isn’t a lot to do except to go to Disney World which is about five hours away and that too can get old. Other than that, you’re just waiting for Memorial Day weekend, the Dade County Youth Fair, or any other events that make its way to the city even though they happen months apart.

However, people from Miami are very proud of where they come from. I always like to say that Miami is its own country that happens to be located in Florida. It stands apart from the other cities in Florida. We’re just different people and the way you can tell that we are is when you meet someone from Miami they will say they are from Miami versus people who are not will just say they’re from Florida.

Kreyolicious: For real…At which point did you realize that you wanted to write #ManFast?
I realized that I wanted to write my book #ManFast after I made an appearance on the day time talk show, The Real. I got a lot of support from women who said they could relate to my story. By then I had gone through so much after losing my job, home, car within a matter of 10 months and years later being homeless for three months with my daughter, I just wanted to put my past behind me and not regret it anymore.

Kreyolicious: Does being a public relationship expert have its perks?
I think it does have its perks because I can easily read people based on little information about them and that helps a lot of the women and men who reach out to me for guidance especially with their co-parenting relationships. The other side of that is it rarely works for my benefit. [Laughter] So, if I can use my talents to help someone else, then it really doesn’t matter.

Kreyolicious: Radio and television producers call on you whenever they need an expert on dating and relationships. What would you say to someone who wants to be an expert in any field?
Be real. Nobody wants to listen to an expert who isn’t geniuine or says things just to get Like’s or Followers. If you aren’t genuine, people will sense it right away and will call you Fake quicker than your Haitian Mama figuring out which part of Haiti your friend’s family is from by just knowing their last name

Above: Maxx Alexis’ self-help book.
Kreyolicious: Is there another book on the horizon for you?
Yes there is another book on the horizon but I’m like Lauryn Hill…”I need my energy aligned with the time” before I start writing it though.
Kreyolicious: Have you been to Haiti lately?
No. I haven’t been to Haiti since I was a child but I do plan to go to reconnect with the country one day soon with my daughter
Kreyolicious: If you could make up a playlist to go with your book, what songs would you include?
All of the songs on Beyonce’s Lemonade album…[drops mic].

CLICK HERE TO CHECK OUT MAXX ALEXIS’ BOOK ON AMAZON!

Be sure to watch the video below of her appearance on “The Real” above.