Zoe Poze, The Haitian-American Comedian Who Sends Folks Rolling On The Floor

Zoe Poze is what his fans on social media know him as. But before he was sending them into loud guffaws, he was known as simply Clarck among friends and family. But yeah, back to the Zoe Poze of the present. 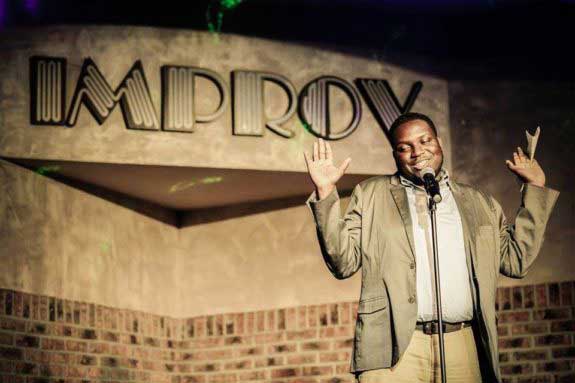 At Twenty-Two years old, he rules as one of the most popular Haitian-American comedians on social media. He was one of the featured comedians at the Haitian Pride Festival in Lauderhill, Florida recently along with colleagues like Plus Daddy, Haitian Husbands, and Success. The week before that, he was a part of comedy tour that brought him to New York and New Jersey. His success isn’t just on social media, thank you very much. And it isn’t necessarily just in the comedy sector either. Movie directors call on him to MC their movie premieres, and cultural organizations bring him in as host to pull in Haitian-American collegiates to their events.

Nothing is built overnight—not even Noah’s Ark. So, how did Zoe Poze become Zoe Poze?

Kreyolicious: Tell us more about how you became Zoe Poze.
I came up with the name ZOE POZE since 2007-2008 when I was in the seventh grade. Before that name, I went through so many different types of names such as…THB 93(True Haitian Boy), Haitian Papi, ZoeLife, Real Zoe, Haitian Sensation etc. But I came up with the name Zoe Poze because when I was in eighth grade it was a renaissance here for me, and [I didn’t] want to fight anymore [and] getting trouble with any of my peers or administrators. Everyone already knew me as Zoe—which to me means Haitian American. So, I told everyone that in the school year I’m going to be poze—chilling—and that’s how I got my name.

Kreyolicious: Were you the quiet type who eventually came into his own, or were you like the class jester?
I was a little bit of both really. Before middle school, I was always the quiet and shy one but when it was my time to shine I was quite verbose! Once I stepped into the middle and high school scene. It was over with, there was no more quiet side of me unless I was mad.

Kreyolicious: Now, if you weren’t a Zoe Poze, who would you be?
I would be someone with a normal life, a more frequent writer, working my into being a police officer in a local city near me. Basically the average person.

Kreyolicious: What do your parents think of you being in comedy?
They totally love it! Believe it or not one of my dad’s hobbies was humor storytelling and creating blagues. They always help me juices up my ideas which contain vital details on Haitian mannerisms and those are very important. They really think this can go far and I agree.

Kreyolicious: How do you plan out your videos?
I just start shooting when a concept comes to mind. Simple as apple pie. Although, after a while I starting writing down all my ideas because there are some I save and there are those I tackle immediately but this past year I’ve just been jotting down ideas and not shoot as much because I believe I have created content that can be used to create a storyline, a movie.

Kreyolicious: You feature your videos on platforms that sometimes have time constraints. How does that affect your creative process?
Having constraints doesn’t really affect my creativity. Rather, it presents an alternate way to be creative. For example, Vine only allowed six seconds in the beginning, and it helped me get straight to the point and still be able to add my creativity. It adds a whole dynamic, if you will, to short skits.

Kreyolicious: Do you think that the comedians of today have it harder than those…say from last century?
I myself am not entirely a comedian, but since I dabble so much in comedy I might as well have that as one of my titles. Comedy is a hard line of work no matter the century because each century has to comprehend and cater to the lifestyle and trends around them. To answer your question, I think comedians from before our century have it harder because of how easy it is for today’s comedians to showcase themselves through social media and etc.

Kreyolicious: What would you say to someone who’d like to be a comedian?
Do plenty of writing, be creative and think as if there is no box!

Kreyolicious: What’s next for you? Will you be branching out in other platforms?
Yes. I definitely will! Acting is one of my passion but comedy came into my life as well so I will be heading out to Los Angeles, California for ten days to see what’s in store for me. Hopefull,y I meet someone who is willing to give Haitian comedy a chance on the big screen. Not Just for me—but for everyone with me and after me. My vision isn’t just business. It’s also a legacy.