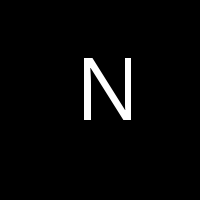 So, Garcelle Beauvais is a mogul at heart!

Bet you thought she was just an actress and host!

If you look beyond Garcelle’s dimples, you will see a woman who’s a film and television actress, an author, jewelry designer, TV host, and now production company owner.

Will Garcelle’s company follow in the same path of other actress-owned production companies? Jody Foster with Egg Pictures, and Drew Barrymore with her Flower Films, and Janet Jackson’s JDJ Entertainment?

Well, unbeknownst to many, Garcelle already has a production under her belt, a romantic comedy entitled And Then There Was You, released four years ago!

Will Garcelle star in some of these films herself? Will a Haitian-American production be among the projects Garcelle will work on? This might be a good time for Garcelle to get a biopic going to cap off her career! Will her production company get a few Oscars? Will she and her partner Miss Wilson start buying and optioning all the great literary properties with people of color as protagonists before other folks snatch them? Perhaps! For now, let’s just applaud her new initiative! Hooray for Garcelle!