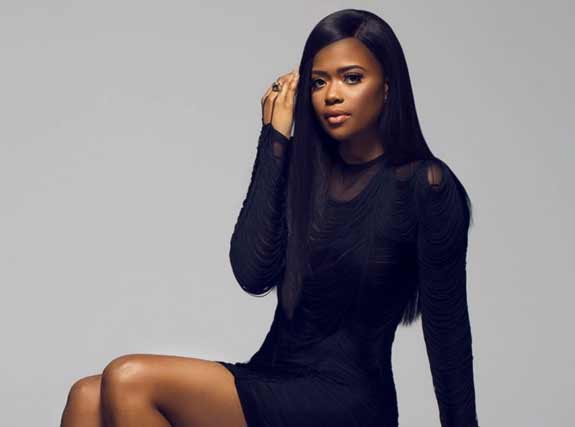 Karen Civil, the owner of Always Civil Enterprises, makes a minimum of $12,000 most weekends. In 2015, her brand grossed $500,000—more than a four-fold increase from the $125,000 she made back in 2010. How did she get to command so much money? And how is it that her brand has grown to such grandiose levels? Your girl Kreyolicious is here to answer all of this. So, let us examine the 5 Success Principles that we can learn from the life and career of Elizabeth, New Jersey-bred Karen Civil.

1. When people are ignoring you, and acting as if you’re insignificant, all it means is that you have to work harder.
When Karen Civil started her website back in 2008, getting interviews were difficult. Hip-hop celebrities would dodge her calls requesting interviews. Others would act as if they’d be doing her a huge favor if they returned her calls. Some would not acknowledge her calls altogether. This prompted Karen to shed tears, but after she wiped her eyes dry, she came to realization that all she needed to do was to increase her output. At the time she had started her site, she had already worked as DJ Funkmaster Flex’s assistant and worked with Dipset, a music-marketing company, but all that didn’t seem to be enough for some. So she worked, and worked some more at a capacity that made it impossible for anyone to ignore her, or her accolades. She stopped calling. Matter of fact, she didn’t have to make calls anymore. People and brands came to her.

People use outward appearance against you all the time in life, so you might as well make perception work for you.
The perception is that if it’s not shared online, it didn’t happen. So show them! Share with them…on a consistent basis. Grow your numbers on social media…say over 800K followers on the Karen Civil Facebook page alone. Build up your content. Publicize your accomplishments. Sometimes you just have to tell people how great you are, and there’s nothing wrong with that.

Even when you have a corporate gig, never stop building your personal brand.
Once her site was getting attention, Beats by Dre came calling and offered Karen Civil a position as Social Media Manager. Would she shut down her baby? No siree! Karen recruited contributors to keep the site going, and continued to brand her lifestyle site Live Civil. While working at Beats in Los Angeles, instead of allowing Karen Civil the influencer to disappear, she employed strategies to keep her name and face in front of her social media audience.

Stormy weather? Hurricane? Unfair weather? Keep going.
When studying the mid-years of urban blogging, it’s easy to detect that were moments of uncertainty in the sphere. When you’re not following anyone else’s trails, there’s not really a GPS-friendly route. So you have to show faith…Move ahead, when your fears are accruing, and when your distance from your comfort zone is increasing with each move. Things get tough. But you just have to look ahead, and hope that your hard work will pay off. And things certainly did pay off for Karen, from endorsements from brands like T-Mobile for her Karen Civil brunch, to collaborations with Hollywood’s biggest movie studios and music’s most recognized brands.

Know that being in a position of high visibility will always earn you haters. But don’t let them rob you of the satisfaction that came from your hard work and success.
When people are debating on forums about whether you’re worthy of the attention and deals that you’re getting…When they’re wagging their tongues about your latest magazine feature…When they’re saying they can do better than you…when they say you just got lucky…When they’re saying…well…

Remember when you logged on religiously to your WordPress dashboard at 5 A.M. in the morning, when everyone else was asleep. When you continued that same regimen when you moved to West Coast time to keep up with East Coast…When you missed quality time with your family because you’re waiting on breaking news…When your dog Lola was your only friend…When you threw your website’s revenue back on to your website…without spending a dime on yourself…When…When you think of all these things, what detractors say can’t possibly matter.

This concludes this episode of 5 Success Principles…tune in next time.